Dating back to the start of Snowfest in 1937 there has been snow in the parade and Snowfest 2020 will be no different. With what little snow we have seen recently we have buried it for safe keeping (sorry cannot tell you where….it’s secret). Like prior parades it will be dug out and shown off in the back of a city dump truck with a certain polar bear possibly throwing some snow balls to the crowd.

Many different and unique things have been part of the parades in the past history of Snowfest. In 1938, a $35,000 Goodyear rubber balloon parade was part of one of the earlier parades. It is reported 25,000 people were there to witness it. Some of the pictures of this parade are seen below 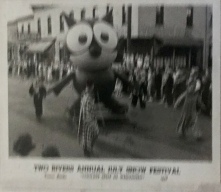 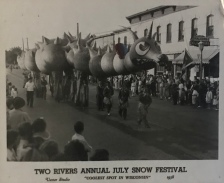 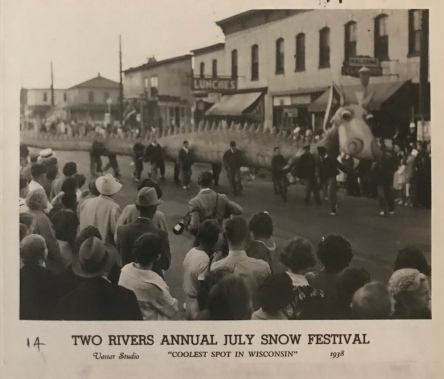 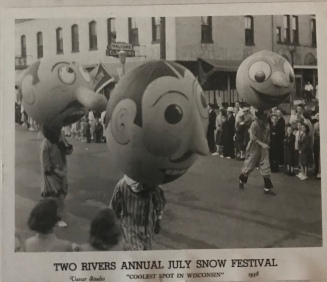 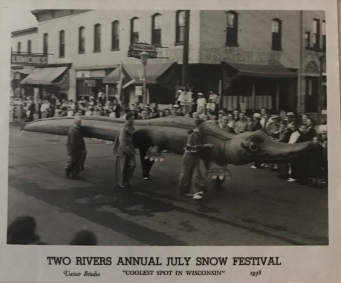 While this was one of the more parts of the parade there have always been unique parts to all of the past parades. Drum and bugle corps were a common sight in the 1960-1980’s. Clowns, cheer groups, and high school bands have always been and will continue to be a part of the event. Civic organizations and business also put floats into the parade and we really hope they will this year too!

So many memories of past parades have been captured by Two Rivers residents that they fill memory books and film reels in many homes. Just a small sample of them are seen below. 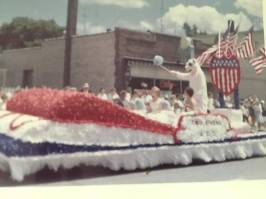 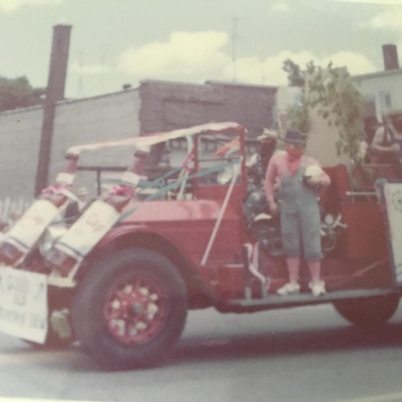 We’re hoping to see so many more pictures just like these come from our parade this July.

So here’s the deal, Saturday July 25th, 2020 starting at 11:00 the parade that will mark the return of Snowfest to downtown Two Rivers will step off. Just like parades in the past bands, floats, and organizations, and of course the snow will make their way up Washington Street and along city streets to hopefully large crowds of people.

If your business or organization would be interested in having a float in the parade or you’re part of a marching group that would like to be in it as well here’s what you need to do. Email our parade coordinator Kris Anderson at krisanderson.healthymeals@gmail.com.

If you’re interested in volunteering to help stage the support and support the participants in the parade we can use your help too. Email snowfestvolunteers@gmail.com to offer your help as well.

In either case we really hope to see you, your family, and your friends on the streets of Two Rivers Saturday July 25th, 2020 for the return of the Snowfest Parade!