Every festival that has a little history like SnowFest has  some unique stories to go along with it. We figured that there had to be a few interesting stories out there so we asked people on Facebook to tell us about their memories of SnowFests past.

Here are some of their more interesting stories.

Ann Gretz noted that her brother Paul Horner would help with carnival workers every year. She notes that he would come home with dirt from head to toe, but with a smile as big as possible and grinning from ear to ear. He loved doing the work and also spending the time at SnowFest! 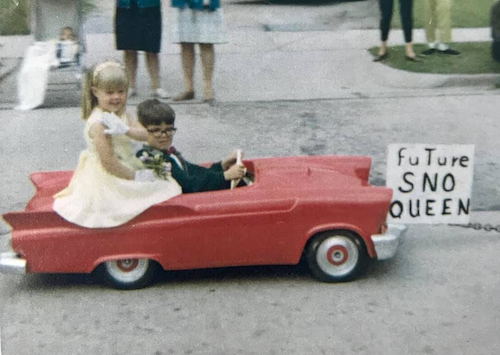 Mary Swoboda recalls how her and her friends would check on the snow buried in Picnic Hill to make sure it was safe. (It might just be there again this fall?). However, as she and others recall SnowFest was second to only Christmas in her childhood experiences. Great memories again and hopefully ones we can recreate starting in 2020.

Thanks for all of the great memories and the word pictures created by them. We are excited to start some new memories of our own next year at SnowFest. Check back next week as we talk about the music that people remember as being the soundtrack of SnowFest. You also just might have the change to download the playlist as well!